2020 Speakers for the NAMI California Conference 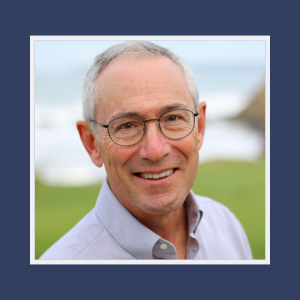 Thomas Insel is an internationally renowned neuroscientist and psychiatrist who is co-founder and president of Mindstrong, a Silicon Valley health care startup dedicated to developing new technologies to advance the diagnoses and treatment of mental illness. California Governor Gavin Newsom in May of 2019 appointed Dr. Insel as Special Advisor to the Governor on Mental Health. He also serves as chair of the board to the Steinberg Institute, a non-profit dedicated to advancing sound public policy and inspiring leadership on issues of brain health.

From 2002-2015, Tom served as director of the National Institute of Mental Health, the component of the National Institutes of Health committed to research on mental disorders. In that role, he also served as chair of the Interagency Autism Coordinating Committee, and as co-lead of the NIH BRAIN Initiative. He left NIMH to lead the mental health team at Verily, an Alphabet company focused on improving health care through technology, research and innovation.
Prior to serving as NIMH director, Tom was a professor of psychiatry at Emory University, where he was founding director of the Center for Behavioral Neuroscience and director of the Yerkes Regional Primate Center in Atlanta. His research has examined the neural basis of complex social behaviors, including maternal care and attachment. A member of the National Academy of Medicine, he has received numerous national and international awards and served in several leadership roles at NIH.

Sandra R. Hernández, M.D., is president and CEO of the California Health Care Foundation. Prior to joining CHCF, Sandra was CEO of The San Francisco Foundation, which she led for 16 years. She previously served as director of public health for the City and County of San Francisco. She also cochaired San Francisco’s Universal Healthcare Council, which designed Healthy San Francisco. It was the first time a local government in the US attempted to provide health care for all of its constituents.

In February 2018, Sandra was appointed by Governor Jerry Brown to the Covered California board of directors. She also serves on the Betty Irene Moore School of Nursing Advisory Council at UC Davis and on the UC Regents Health Services Committee. Sandra is an assistant clinical professor at the UCSF School of Medicine. She practiced at San Francisco General Hospital in the HIV/AIDS Clinic from 1984 to 2016.

Sandra is a graduate of Yale University, the Tufts School of Medicine, and the certificate program for senior executives in state and local government at Harvard University’s John F. Kennedy School of Government.

More speakers will be announced soon!